Just a year ago the thought of Universal Basic Income was considered radical. Then, Andrew Yang burst on to the scene with the idea of giving every single American $1,000 per month, no strings attached, in perpetuity.

The idea was slow to gain steam from political figures. But as 20 million people are facing evictions by September, unemployment sits at 13.3 percent, and coronavirus cases set new record-highs, the pandemic has served as a wakeup call.

11 United States mayors have formed a coalition, Mayors for a Guaranteed Income, with the hope of collectively advocating for guaranteed income and starting pilot programs in the United States, according to Forbes.

Stockton Mayor Michael Tubbs, who founded the coalition, started his own pilot program over one year ago in Stockton, California, giving 125 residents $500 per month.

The pilot program has been beneficial thus far as it has been renewed and the recipients mainly spent the money on necessary items like food, sales and merchandise, utilities, and gas, per the Business Insider.

The money being handed out to lower-income citizens is immediately being put back into the economy. It is working to establish a trickle-up economy. An economy that could actually help big business because consumers will have more money to spend in addition to relieving stress for the average American when it comes to paying bills.

At this point, the Stockton example is just one American pilot run, so it is hard to know for certain the impacts of a UBI policy on a large scale yet. But, thanks to the new coalition, vast amounts of data will be coming out on the effectiveness of UBI in the near future. 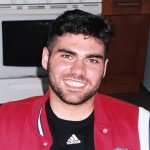